Thermoformed Part Keeps Dental Imaging System From Going In The Can

Thermoformed Part Keeps Dental Imaging System From Going In The Can
-Reprinted from I.D. Magazine 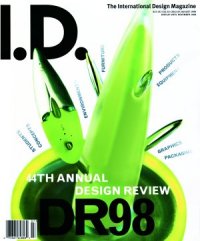 Lunar’s second design Distinction could sit side by side with one of this years best of category winners in dental offices world wide, but you’d never know it at first glance. Looking less like medical equipment than a bread baker or yogurt maker the DenOptix Dental X-Ray System’s overlapping Scallops sheathe a first of a kind product. Capturing x-ray’s on a crystalline imaging plate, then the DenOptix drum scanner can then transfer them to a computer disk and display them on a computer monitor. Ergonomic details like a recessed rear guide for the power switch and an indentation for gripping the lid tab round out the cantilever design. “The form is really fresh for this category, while still being appropriate for and office Says Riley of the seductive shell enveloping a powerful new $15,000 tool. Sawhney tributed the product’s nuts and bolts functionality: “Lunar really knows what they are doing with mechanics.”

It was looking gorgeous but it wasn’t working. A draw formed metal cylinder needed for the drum scanner to operate was not able to hold the close Freetech’s vast experience in machining plastic parts after they are formed made all the differencetolerances needed to fit the

required envelope. Freetech was called on to help provide a solution the challenge. The part was to be a 7” tall no draft cylinder with a center return of 2”. It looked pretty much like a top hat. It really was a textbook case of a part designed to be anything but thermoformed. Having formed similar parts in the past though not as extreme as this Freetech agreed to take the job. I had worked With Freetech before. Project engineer ED Donlon said “When I was with H-P and knew they were the place to go for the hard ones, so I gave then a call.” Ed continued “We had to fit inside a casting and around the moving drum with virtually no clearance or margin for error.” Forming the part was only half the battle a number of intricate machining operations had to be preformed to allow all the moving parts to work properly. Freetech’s vast experience in machining plastic parts after they are formed made all the difference.